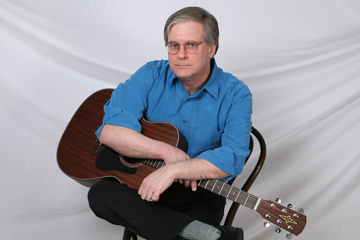 “Larry’s themes address topics of concern to all of us who care about those with whom we share this planet. One of the best song-makers in the folk song revival.”—Sandy Paton, Folk Legacy Records

Larry Kaplan has been described as a keen and sympathetic observer of the human condition. He cares deeply and writes eloquently about the concerns of others, reflecting his profound respect for the farmers, fishermen, and the other hard working people of New England.

Originally from Boston, Larry spent many of his formative years in Maine. He helped restore, then crewed on the Schooner Bowdoin up there, and worked his way through college and graduate school. He spent some time as a night clerk in a New Orleans hotel and met his wife, Nora, one evening when he was singing in a Providence coffeehouse while doing further graduate work at Brown.

Larry has released four CDs through Folk Legacy Records, “Worth All The Telling,” “Songs For An August Moon,” “Furthermore,” and his newest, “True Enough”. No Depression, the Folk Roots Magazine, has called Larry’s music “some of the most finely crafted songs in folk music today.” He is the recipient of multiple best folk CDs of the year by leading folk radio programs across the US and Europe, and tours regularly in Europe as well as across the US.

Of his album, “Furthermore…”, reviewer Larry Looney said, “There is history and humanity and depth here just waiting to be heard….I think you’ll find yourself returning to it again and again.”