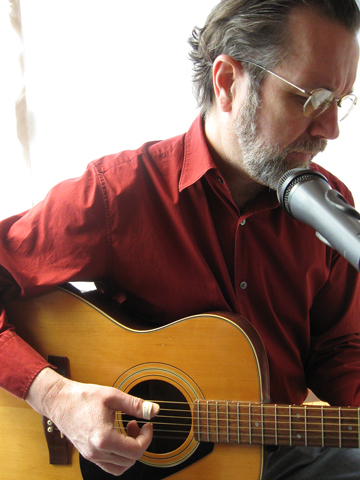 “John is one of those rare songwriters that paints honest, non-romanticized pictures of people’s lives. Like Woody Guthrie or Utah Phillips, he uses deceptively simple language to take us into the complex lives of workers in many parts of the world.” — John McCutcheon

John O’Connor began his involvement in the labor movement right out of high school when he went to work in the factories of Waterloo, Iowa. An interest in folk music and Woody Guthrie led to a 30-year career as a folk singer and a cultural educator, performing in concerts, coffeehouses, schools and colleges, union education programs and political action events.

In 1984, while living in Seattle, he recorded his first album, “Songs For Our Times”, which was named one of the best albums of the year by the Washington Post and several folk publications and radio stations.

Thirty years later John is still stalwart in his focus of fighting for the working class and inspiring them with his music and their music. He has traveled the U.S. performing for labor education classes, high schools, colleges and folk audiences. His powerful songs have always, as Tony Harrah of the Guardian said, “mixed seamlessly with the old songs.” John’s songs have been recorded by numerous singers from around the English-speaking world.