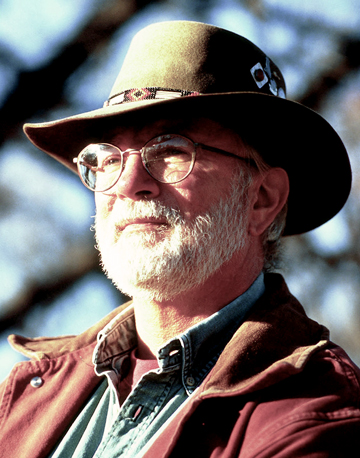 “Bill Staines has been my hero since 1977. He carries on where Woody left off-carrying on the tradition of stories and characters you wish you knew.”—Nanci Griffith

For more than forty years, Bill has traveled back and forth across North America, singing his songs and delighting audiences at festivals, folksong societies, colleges, concerts, clubs, and coffeehouses. A New England native, Bill became involved with the Boston- Cambridge folk scene in the early 1960’s. From the time in 1971 when a reviewer from the Boston Phoenix stated that he was “simply Boston’s best performer”, Bill has continually appeared on folk music radio listener polls as one of the top all-time favorite folk artists. Now, well into his fifth decade as a folk performer, he has an international reputation as a gifted songwriter and performer.

Singing mostly his own songs, he has become one of the most popular and durable singers on the folk music scene today, performing nearly 200 concerts a year and driving over 65,000 miles annually. He weaves a blend of gentle wit and humor into his performances. Bill’s music is a slice of Americana, reflecting with the same ease his feelings about the prairie people of the Midwest or the adventurers of the Yukon, the on-the-road truckers, or the everyday workers that make up this land.

Bill has so far recorded 26 albums. His songs have been recorded by many artists including Peter, Paul, and Mary, Tommy Makem and Liam Clancy, The Highwaymen, Mason Williams, Grandpa Jones, Jerry Jeff Walker, Nanci Griffith, Glen Yarborough, and others.