Publishing for a New Society

“New Society Publishers has been publishing books to build a new society for over 30 years. We are an activist, solutions-oriented publisher focused on bringing you tools for a world of change. We help you to know the talk, and walk the talk.

Our books are packed with:

New Society Publishers’ mission is to publish books that contribute in fundamental ways to building an ecologically sustainable and just society, and to do so with the least possible impact on the environment, in a manner that models this vision.

“New Society Publishers’ work speaks to individuals and organizations interested in changing their lives so that they may change the world for the better.”

This completely speaks to the Durland Alternatives Library’s founding mission as well.

In short, we publish books to build a new society.”

New Society Publishers also sees itself as a solutions publisher, providing ‘good news’ most of the time as well as clear analysis of the major issues we face in the struggle to create a more just and equitable world. We see this as a practical task, as well as a spiritual and intellectual task, and one in which values play a crucial part.

A Movement for a New Society.

New Society Publishers’ roots are firmly in the activist soil of both the United States and Canada. In the US, a Philadelphia office first emerged from the Movement for a New Society during the anti-Vietnam war, offering Americans nonviolent, civil disobedience training. From this work grew the need for a publishing house, and New Society Publishers was created in the late 1970s with a mandate to publish books for nonviolent social change.

New Society Publishers’ Canadian office had its origins in British Columbia’s food co-op movement of the early 1970s and the bioregional movement which began in the ’80s. Known as The Catalyst Education Society, it began life in an off grid homestead in the mountains near Lillooet, BC. The fax machine was powered by microhydro, and more often than not, typesetting of The New Catalystmagazine which it published was done by candlelight.

See this video of Judith Plant, acting publisher, telling the story of New Society Publishers from its beginnings in the social activist movement in the U.S. to it’s present state as one of the few publishers that publish books which contribute in fundamental ways to building an ecologically sustainable and just society.

On Display at the Durland Alternatives Library: 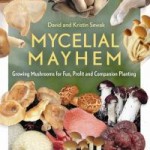 Mycelial Mayhem is a straightforward, no-nonsense resource for the aspiring mushroom grower. 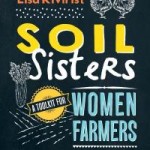 The first manual of its kind, this authoritative and comprehensive blueprint presents practical considerations from a woman’s perspective, covering everything from business planning to tool use and ergonomics to integrating children and family in farm operations.

Voices from Prisons Across the Country, A Zoom Poetry Reading!